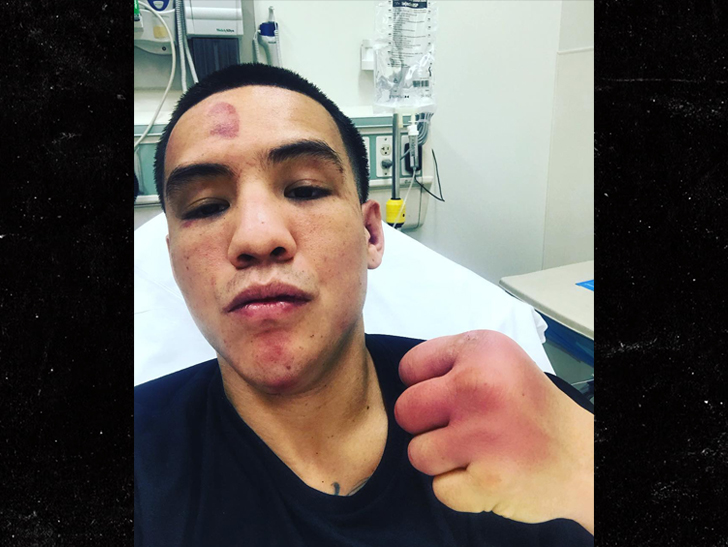 Here’s undefeated boxing champ Oscar Valdez proving even winning hurts in boxing — showing his totally jacked up fist (and face) following a big win in an absolutely brutal fight this past weekend.

Valdez gutted out a tough victory over Scott Quigg Saturday night in a controversial and dangerous bout — mostly because Quigg came in overweight for the fight and made it a slugfest.

Oscar won on points to keep his featherweight title, but had to have his jaw wired shut after the fight — and judging by these recovery room pics, dude might have someone opening his sodas for a while.

As for Quigg, he also posted a post-battle photo — and, although he does look a little like Mr. Magoo, he’s not in the hospital. He did suffer a broken nose.

Still wanna be a boxer when you grow up?!